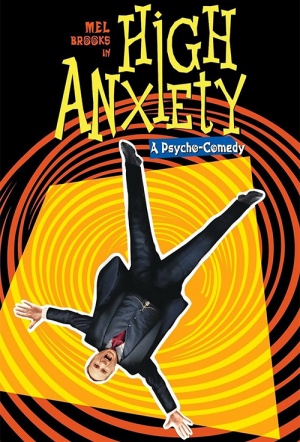 Comedy luminary Mel Brooks co-writes, directs and stars as a psychiatry professor dealing with issues of his own in this parody of - and homage to - Alfred Hitchcock.

Upon joining the Psychoneurotic Institute for the Very, Very Nervous as director, Dr. Richard Thorndyke (Brooks) is greeted by several disconcerting events. When his colleagues become unsettled by his questioning, they accuse him of murder. Thorndyke's own mental health comes into question as he fights to clear his name while in the grips of a severe episode of "high anxiety."