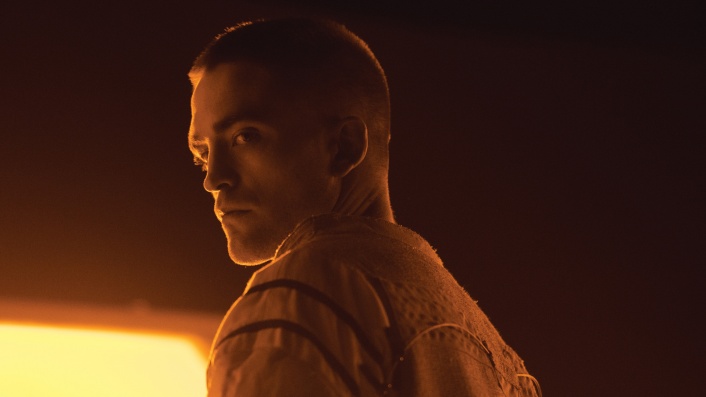 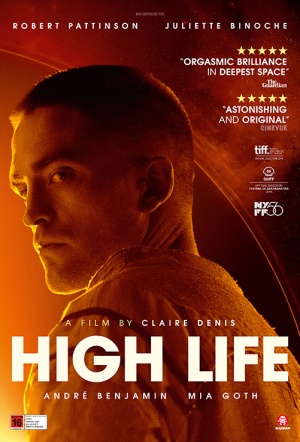 "In the near future, a spaceship proceeds on a mission to find a new energy source. Its destination: the black hole within closest reach of Earth. The ship’s crew is a collection of dangerous prisoners with nothing left to lose. At first, Monte (Pattinson) is the only crew member awake, rigorously tending to the computer and life-support system to keep everyone alive as they hurtle through deep space. Monte is also caring for a baby daughter who was born on board — an anomaly that is just the first sign of the chaos to come. As Monte's self-discipline slips, the crew awakens and conflicts erupt." (Toronto International Film Festival)

With its visceral and confronting imagery and score that can only be described at times as "dissonant jazz", this detached, icy drama certainly won't be for everyone. It's true there is a compelling chilliness to the story and, like the best space dramas, it sometimes offers up more questions than answers, but there's an overwhelming feeling of ennui and languidness (and a little too much deja vu) that more than slightly frustrates.

The scope of its ambition is cleverly reined in by the low-key presentation, its more salacious potential muted down to an insistent threatening hum, like the background radiation of Stuart Staples' score.

Sure, it ventures much further beyond Earth's orbit than we ever expected Denis to go-but since when have her films felt grounded?

High Life offers an uncompromising mind-bender of a deep space journey through destructive desire, faith, trust and the instincts for good and bad that make us merely human.

"High Life" can be brutal and breathtakingly perverse as only a Denis film can be. But perhaps even more disturbingly, that brutality is undergirded by real warmth and tenderness...

The director's ardent fans will likely find much to admire here - especially the fact that the 72-year-old Denis remains a fearless filmmaker who, in her own way, has gone this time where no man (or woman) has gone before.

The isolated setting allows her to focus on the essence of human behaviour, on the themes of love, guilt and desire that have propelled her long and stunning career, and that her newest lead actor make so captivating.