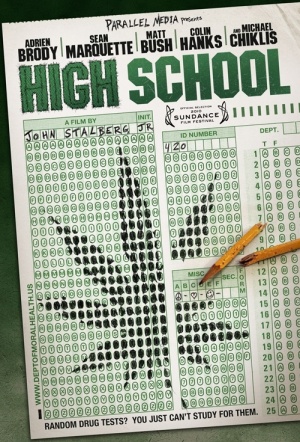 Adrien Brody stars in this stoner comedy about two teens who come up with a genius plan to cheat their school’s random drug tests: get the entire school completely stoned.

The day after soon-to-be valedictorian Henry takes his debut hit of the chronic, his school principal institutes a zero tolerance drug policy and administers a mandatory drug test for all students. Henry has two options: fail and lose his college scholarship, or team up with stoner  Breaux to beat the system. They steal high powered ganja from Psycho Ed (Brody) and spike the school's bake sale brownies, getting the whole school - faculty included - high. But a pissed-off Psycho Ed is on their tails...