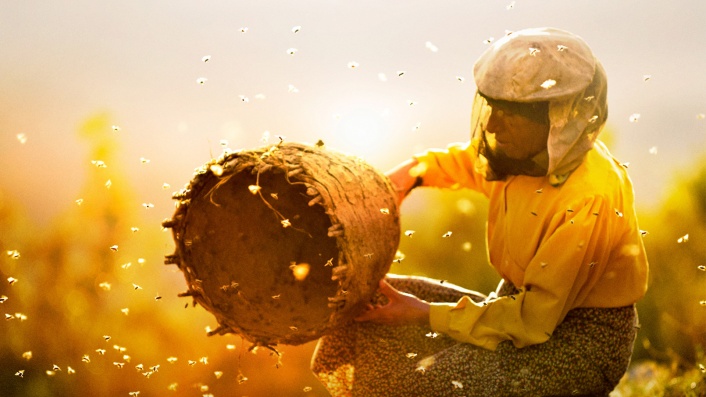 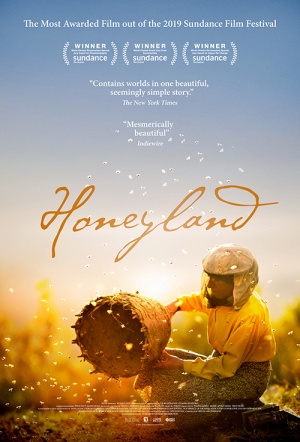 A portrait of a female beekeeper in the remote Macedonian countryside. Winner of the Sundance Grand Jury Prize for World Cinema Documentary.

"Filmmakers Stefanov and Kotevska filmed Hatidze and her bees over three years. The 50-something apiarist lives in an isolated cottage with her frail elderly mother. She seems content to tend her bees and make the occasional four-hour trip to market. One day, a large family and their herd of cattle move into the otherwise deserted mountain valley and her peaceful life is turned upside down. At first, Hatidze enjoys the company, and willingly shares her special brandy and her ancient beekeeping ways. But her trust is betrayed, and all too soon her bees are in jeopardy." (Sydney Film Festival)

Distilled from more than 400 hours of footage shot over three years, Kotevska and Stefanov have created a masterclass of tension building, a heartwrenching portrait of hard scrabble existence and a terrific allegory for our sometimes callous treatment of Mother Earth.

Honeyland really is a miraculous feat, shot over three years as if by invisible camera - not a single furtive glance is directed towards the film-makers.

This lovely, heartrending movie leaves you marveling at her history and thinking anxiously for her future - and wondering, perhaps, why her example of basic decency has become so endangered.

Stefanov and Kotevska have done more than record the rhythms and textures of rural life. They have shaped their observations... into a luminous neorealist fable, a sad and stirring tale of struggle, persistence and change.

…a sublime and deeply moving documentary…

In Ljubomir Stefanov and Tamara Kotevska's painstaking observational documentary, everything from the honey upwards is organic.

An unforgettable vérité character study and an intimate look at an endangered tradition.