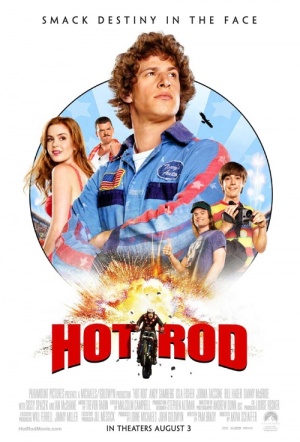 Amateur stuntman Rod (Andy Samberg) has a problem – his step-father Frank (Ian McShane) is a jerk. Frank picks on Rod, tosses him around like a rag doll in their weekly sparring sessions, and definitely doesn’t respect him, much less his stunts. But when Frank falls ill, it’s up to Rod to stage the jump of his life in order to save his step-father. The plan: jump 15 buses, raise the money for Frank’s heart operation, and then… kick his ass.