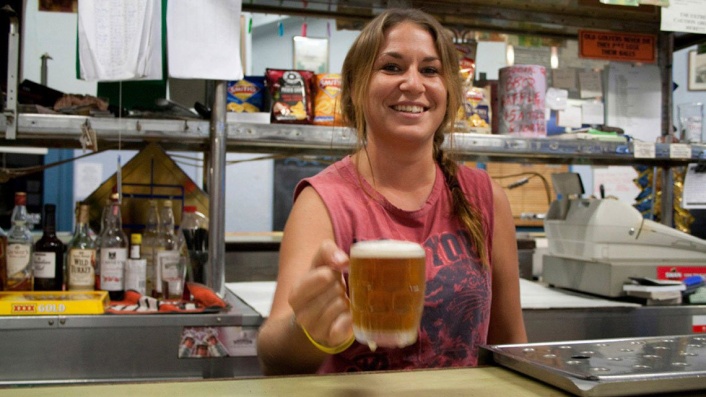 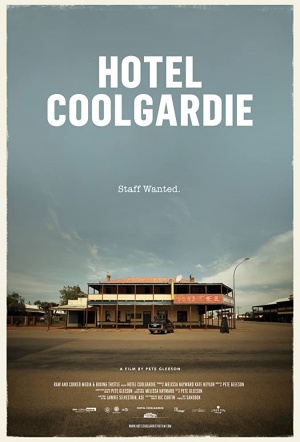 Documentary follows two young backpackers who go to work pulling pints at the solitary pub in the Australian mining town of Coolgardie. As live-in barmaids (described as "fresh meat"), Lina and Steph are a long way from their Finland home, and their Outback experience isn't the sort you'll find on a postcard...

"Fresh off a plane from Bali, in need of cash after being robbed and drawn to the idea of having an authentic outback adventure, Finnish backpackers Lina and Steph agree to live and work as servers in remote Coolgardie. Somewhere between the world's most isolated city and Australia's largest gold pit lies this small town that feminism forgot. Billed as "fresh meat" even before their first shift, the young women are treated to a rude cultural awakening. Bullied and ridiculed by their new boss, disrespected and insulted by the booze-goggled customers, the pair immediately discover they'll need to conform to repellent gender roles and social mores to survive among these Aussies. As uncomfortable as it is essential, Hotel Coolgardie bears witness to a hot-button issue that, in an era of pay equity and gender equality, demands to be addressed. Sexual harassment in the workplace is alive and well." (Hot Docs)

On my way to the cinema, a man stopped and yelled across the Britomart escalators that I should “lighten up, princess”. I bring this up because, as humiliating as those experiences are, it was a depressingly fitting hors d'oeuvre for the sloppy pub meal of sexism that Hotel Coolgardie would later serve up.

Gleeson's unvarnished style actually leans towards signs of friendship and understanding, but there are several scenes that are nightmarish.

It's a fascinating, appalling, revealing film about the murkier end of Australian masculinity.

A cross between Kiwi rugby documentary The Ground We Won and an Aussie outback horror film...

JAW-dropping, stomach-churning and thought-provoking — literally always at the same time — Hotel Coolgardie is one of the most confronting and compelling documentaries ever filmed in this country.

Hotel Coolgardie is an ugly film, but a revealing one.

One of the most captivating Australian documentaries in recent memory.