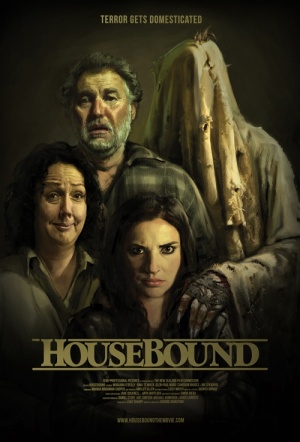 Ghostly Kiwi tale – fusing horror, mystery and comedy – sees Kylie (Morgana O'Reilly) sentenced to home detention and forced to return to her childhood home. There, Kylie finds herself not only sharing the house once again with her mum (Rima Te Wiata) – who's convinced the place is haunted – but also unsettling phenomena that force Kylie to consider that a ghostly being may not only exist, but also be pissed off about her presence. The directorial debut of Gerard Johnstone (TV's The Jaquie Brown Diaries).

What a pleasant surprise. Here’s a local effort that garnered raves overseas and lives up to the hype, a haunted house mystery with the DNA of an Amblin movie in its propulsive storytelling.

The most exciting Kiwi film in decades.