It may not work as a family film in an age of robots that are cars that are robots - with big guns... But for any cinephile, Scorsese's film is a delightful evocation and homage to the birth of cinema and special effects. Tipping its hat liberally to the pioneers of film, Georges Melies, the Lumiere Brothers, this plays like Christopher Nolan's THE PRESTIGE - for kids. Sasha Baron Cohen channels Peter Sellers' Clouseau and although some may find the plot a trifle trite and kids may find the pace a bit too slow - this is a fascinating fusion of the latest in 3D digital techno-wizardry and old fashioned cinema made on tuppence and number 8 wire. Like THE ARTIST, this is a throwback to a by-gone age. They literally don't make 'em like this anymore... except Scorsese has.
0 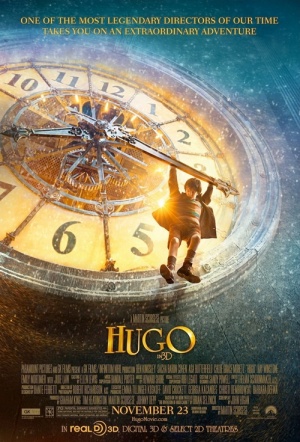