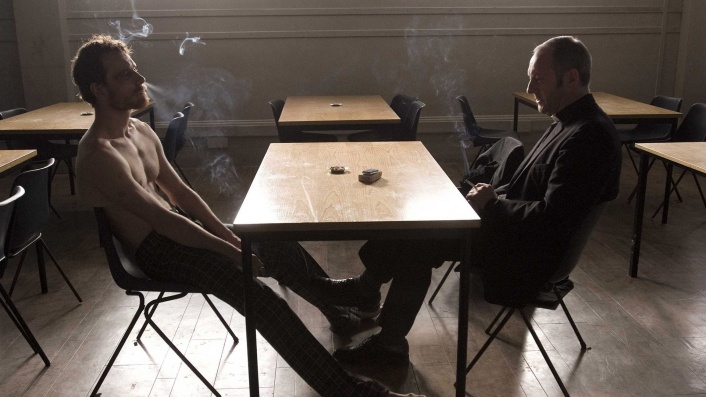 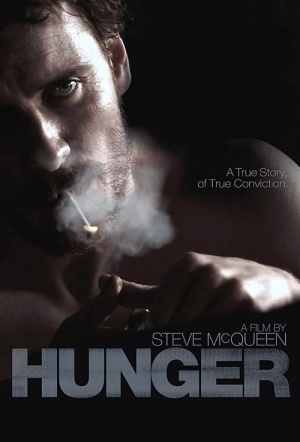 Those with an interest in up and coming filmmakers, or Irish history, will want to check out the debut feature from Steve McQueen (no, not that one). This highly regarded film, winner of the Palme d'Or at the 2008 Cannes Film Festival for best feature from a first time director, tells the story of IRA member Bobby Sands and his attempt to stand defiant against British occupation of Northern Ireland even when confined to a prison cell. In 1981, Sands went on a hunger stuck while being kept prisoner, demanding he and fellow inmates be treated as political prisoners, not terrorists.

Picture represents a powerful, pertinent but not entirely perfect debut for British visual-artist-turned-feature-helmer Steve McQueen, who demonstrates a painterly touch with composition and real cinematic flair, but who stumbles in film's last furlough with trite symbolism.

This film possesses a rare and powerful beauty, and an astonishing performance from Michael Fassbender as Sands, making the committment to endure so worthwhile.

In his fearless commitment to the verité of prison life, McQueen offers a study of individual lives shorn away by institutional role-playing, observing as the gap between prisoners and guards repeatedly dissolves into ceremonial violence.

While Hunger is a very brutal film, it also taps into human emotions and, in the end, asks what would we be willing to die for or, better, what could we truly not live without?

Anchored by Fassbender’s turn, Hunger is as much about the personal as the political. The real breakthrough, though, is McQueen, who turns in a film that dazzles and challenges in equal measure.