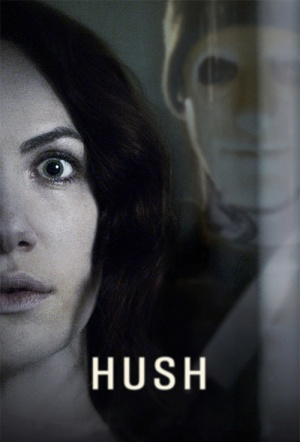 "Author Maddie Young (Siegel) has lived a life of isolation since losing her hearing as a teenager, fully retreating into her now silent world. But when the masked face of a psychotic killer appears in the window of her secluded home, Maddie must push herself beyond her mental and physical limits in order to survive the night." (SXSW Film Festival)

Silence is golden in "Hush," one of the more inspired concoctions to emerge from the busy Blumhouse horror-thriller assembly line in recent years.

A tense, breathless horror film full of things we've seen before but can never get enough of when they're done well.

It's a sharp, finely tuned thriller that goes down familiar paths but with flair and skill. Flanagan doesn't hold back on the gore, but he doesn't rely on it.

It might have worked better as a short film or installment of an anthology series like “Masters of Horror,” but Flanagan has a notable skill in building tension and then just allowing it to simmer.