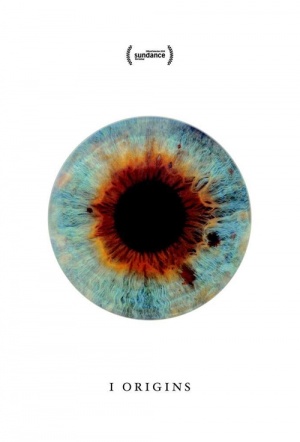 A molecular biologist (the great Michael Pitt) and his laboratory partner discover something revelatory about the human eye, evidence that could change society as we know it, in this hipster drama that crosses science with spirituality... Directed by Mike Cahill and co-starring Brit Marling, the lead in Cahill’s 2011 feature Another Earth.

"Ian Gray, a PhD student studying molecular biology with a specialty in eye evolution, leaves his lab to go to a party and has an intense, but fleeting, encounter with a mysterious, masked model... they fall in love. Their fundamentally different beliefs about life only serve to intensify their connection, and they vow to spend forever together. Years later, Ian and his lab partner, Karen, make a stunning discovery with profound existential implications. He must risk his life's work and his family to travel across the world to find the truth behind what he has found and what it may mean." (Sundance Film Festival)

In the vein of such divisive cult favorites as “Primer” and “Upstream Color,” Cahill’s crazy-ambitious sophomore feature refuses to let a modest budget constrain its larger-than-life-itself concept... very nearly collapses under the weight of its own mumbo-jumbo.

Despite his free and easy camerawork, which generates some lovely moments between Ian and Sofi, Cahill's narrative jolts along in fits and starts.

It may blow your mind, but only if you're not in the habit of using it.

The hypnotic, clicky soundtrack, Bergès-Frisbey’s playful yet sad performance, and a few significant script moments laying out the film’s philosophy all aim toward a sleepy trance that helps put the biggest flaws into soft focus.