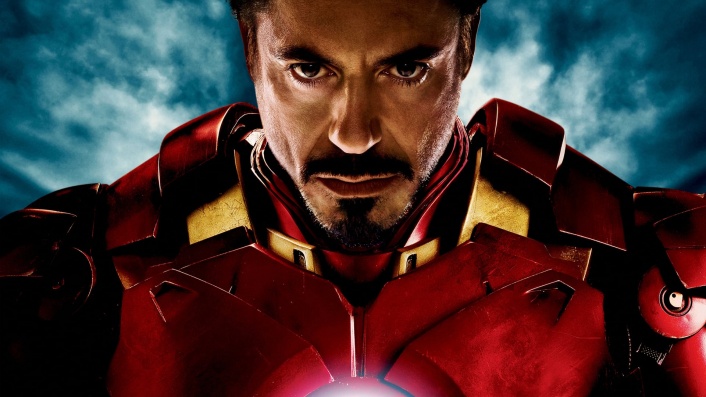 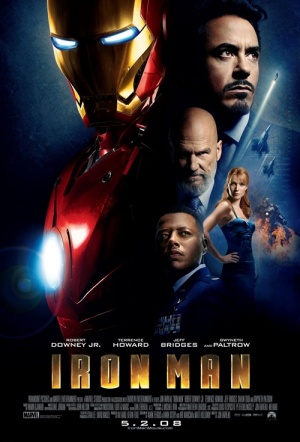 Stark is in Afghanistan introducing new missile technology to the US army when he is captured and taken hostage. His captors lock him in a workshop and order him to make a badass missile for enemy. Instead, Stark makes himself a fully armoured & bulletproof suit in which he escapes in. When he returns home, he can’t put the suit down, and becomes the uber-advanced Iron Man. Jeff Bridges plays Obadiah Stane, Stark’s mentor & rival who becomes – wait for it – Iron Monger – Iron Man’s nemesis.

Iron Man is good but not great. Some inspired casting and snappy dialogue help enliven what is otherwise a run-of-the-mill superhero movie.

Loyal assistant, Pepper Potts, isn't much of a part, but Gwyneth Paltrow is a presence. She stands around looking amused and flabbergastingly pretty, slinging wisecracks with serene aplomb.

Ever-eclectic director Jon Favreau, who briefly pops up onscreen as a Stark minion, maintains a brisk but not frantic pace, and, in concert with lenser Matthew Libatique, production designer J. Michael Riva and the first-rate visual effects team, has made an unusually elegant looking film for the genre.

All praise to acting dynamo Robert Downey Jr., who brings so much creative juice to the party that Iron Man achieves instant liftoff.

Iron Man is not a classic, suffering a little from first-in-the-franchise set-up blues. And of course, this is a comic-book superhero movie after all, so remember not to take it too seriously.

It's not sure where to go once the final Iron Man suit is constructed, and seems in a rush to get there, but Downey Jr and the supporting cast are so perfectly placed we're already looking forward to the bound-to-be-better sequel.

Only Downey Jr is allowed to bring an occasional flash of individuality to his character, but that is soon buried beneath the ceaseless avalanche of computer-generated imagery and violence.