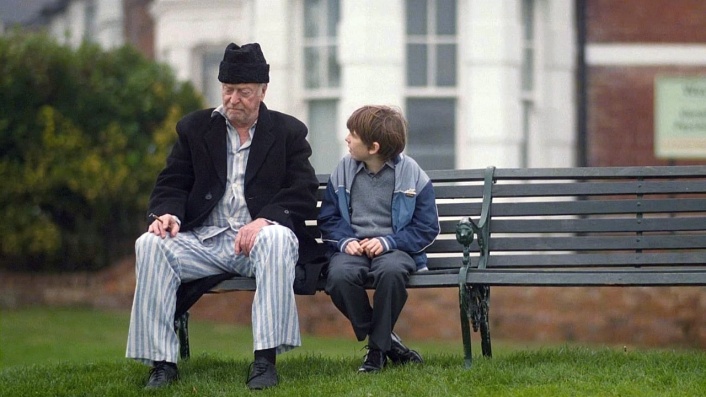 Set in a seaside English town circa 1987, the film charts the unlikely friendship that develops between Caine’s proud, acerbic old performer and the death-obsessed young son (played by Son of Rambow's Bill Milner) of the home’s overwhelmed owners. The home is populated with some familiar faces, including Rosemary Harris, Sylvia Syms and longtime Coronation Street resident Thelma Barlow. Writer Peter Harness drew from his own experience growing up in a retirement home.

Is Anybody There? / Reviews

The sum of its gently amusing parts doesn’t add up to a film likely to stay long in the heart – or multiplex.

I can't really recommend the film, unless you admire Caine as much as I do, which is certainly possible.

One performance doesn't make a movie.

It is also hard not to see remnants of a younger Michael Caine -- beautifully seductive and enigmatic all those years ago in "Alfie." He has said his wife cried when she saw the performance; you understand why.

While Caine and young Milner make for amusing adversaries, it's nice to see Crowley paying respect to his elders by populating the retirement home with a number of familiar faces, including those belonging to Rosemary Harris, Sylvia Syms and longtime "Coronation Street" resident Thelma Barlow.

Caine leads an impeccable cast in a story that is as touching as it is funny, turning the mundane minutiae of fading lives into a vibrant display.