It's Only The End of the World 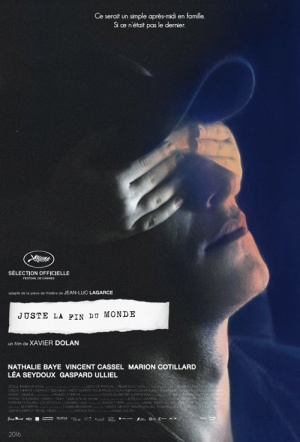 It's Only The End of the World / Reviews

Dolan has found a way to exasperate and exhaust his audience, but he has also achieved a completely unexpected catharsis at the end of an agonizing hour and a half. Standing there on the grave of dreams, he knows why the caged bird sings.

A wonderful cast are sadly wasted on this screeching melodrama.

Perhaps the worst of Dolan's sins is that he's managed to elicit a bad performance from the usually solid Marion Cotillard.

A disappointment, even for the Dolan faithful.

It's Only The End of the World / Trailers