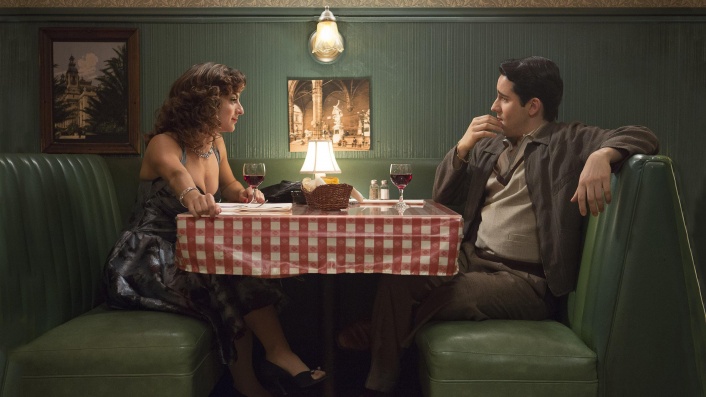 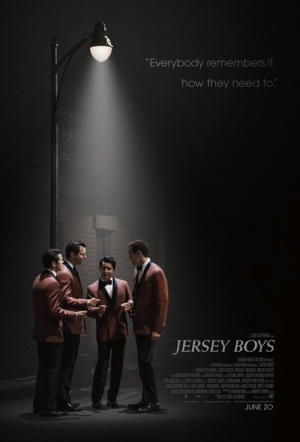 Clint Eastwood directs the film adaptation of the hit Broadway musical about a group of New Jersey friends, from the wrong side of the tracks, who would become '60s pop sensations Frankie Valli and The Four Seasons.  More

The story shows how lessons learned in the streets of New Jersey got the group through a multitude of challenges: gambling debts, personality clashes, Mafia threats and family disasters. John Lloyd Mills Young resumes the role of Frankie Valli in the film version, after two years playing the singer on Broadway (for which he won a Best Actor Tony Award in 2006), joined by Erich Bergen, Vincent Piazza and Michael Lomenda as The Four Seasons.

The relative dearth of prominent musical performances turns what could have been a dancing-in-the-aisles romp into a bit of a slog.

A strange movie, and it's a Clint Eastwood enterprise, both reasons to see it.

Between the high-gloss, desaturated prestige-picture look of the film and the visibly fakey soundstage sets of the Jersey boys' hometown... feels plastic and artificial throughout.

Solid and entertaining, but right at the end it all comes together in a moment of imaginative flight.

A dash of showbiz pizzazz has been lost but some welcome emotional depth has been gained.

It's entertaining musical biopic territory but rarely steps out of anything but caricature.

Jersey Boys is available to stream in New Zealand now on Google Play and Apple TV.