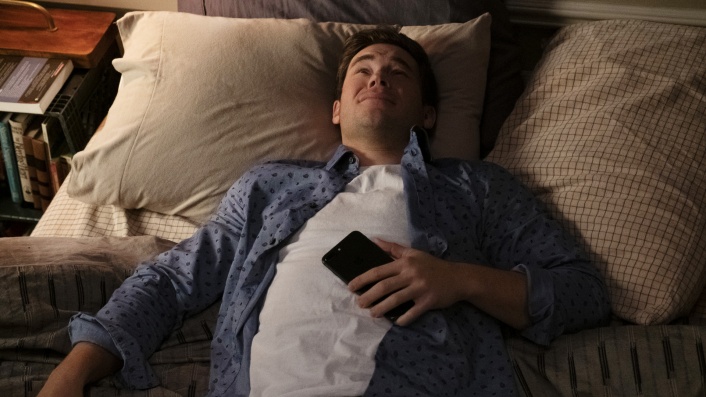 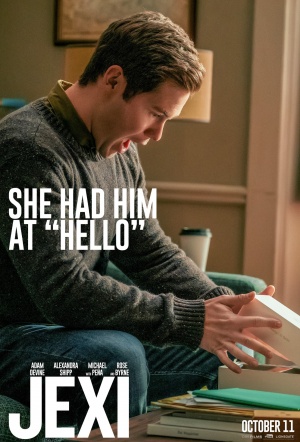 Adam Devine (Isn't It Romantic) leads this comedy as the owner of a phone with a faulty Siri-like AI (voiced by Rose Byrne, I am Mother) that forms a relentless attachment to him. Co-stars Alexandra Shipp (Love, Simon) and Michael Peña (Ant-Man).

Phil is a smart, funny, lovable guy with a major dependency issue. From the time he gets up in the morning until the minute his head hits the pillow at night, every waking moment is made possible by his mobile device. When he is forced to buy a new phone, the latest model comes with a digital assistant named Jexi. At first, his new artificially intelligent friend is helpful and solicitous, challenging Phil to change his life for the better, whether it be asking for a promotion at work or pursuing the girl of his dreams. But as Phil becomes more independent, Jexi turns from helpful to hostile…and suddenly Phil is confronted with a trash-talking tech nightmare who has very specific ideas about what constitutes a service contract.

A benign, artless, nothing of a movie that feels cobbled together with the same app-driven, gig-economy mentality that Phil is trying to disavow.

Lucas and Moore's film is filled with bugs, making it easy to unplug from its attempts to entertain and do literally anything else.

Lucas and Moore write some whiplash funny lines, and since the film is just a throwaway, you can enjoy it on a trivial synthetic revenge-of-the-nerd level.

While its mode of argumentation gets weaker as the standard-issue boy-meets-girl-meets-carpe-diem plot progresses, the appealing cast and brisk running time help "Jexi" not wear out its welcome.

Nearly everything misfires here - bizarrely so, since we can see where the laughs should come, how they would work, and how a more competent movie would get from A to Z.