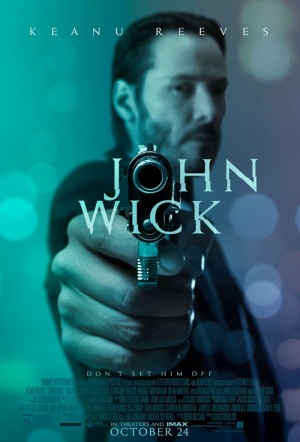 Keanu Reeves and Willem Dafoe lead this assassin action-thriller from long-time stunt co-ordinating greats Chad Stahelski (Reeve's stunt-double for The Matrix) and David Leitch (Brad Pitt's stunt double for Fight Club), making their co-directing debuts. Reeves plays Wick, an ex-hitman forced out of retirement in NYC to track down the gangsters that "took everything from him".

A slick and satisfying revenge thriller.

Feels like action manna for its cleanly designed gun-fu sequences... but the revenge plotting is deeply dopey.

Keep[s] the action relentless, although it builds to a kind of monotony in the latter stages.

Expertly [delivers] one action highlight after another in a near-nonstop thrill ride.