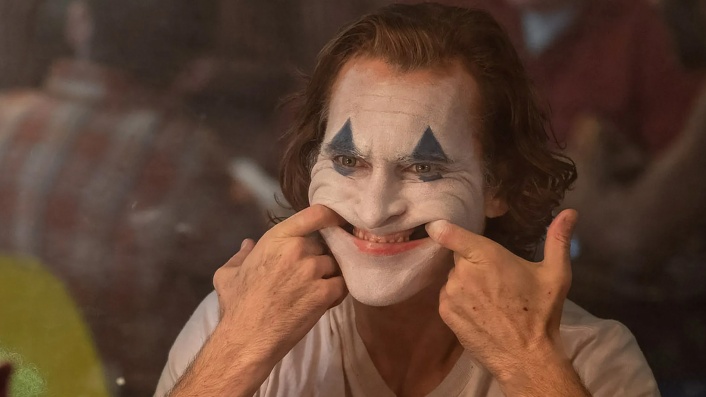 JOKER grabs wholesale from both Martin Scorsese’s Robert De Niro starring TAXI DRIVER (1976) and THE KING OF COMEDY (1983). Whilst it has little to say, JOKER offers a great surface take on the design, mood and style of Scorsese’s blistering late-1970s and mid-1980s angsty, delusional, lonely angry man going slowly crazy until he finally snaps and turns to violence.

Todd Phillips, it’s important to remember, is the director of THE HANGOVER, one, two and three, ROAD TRIP and DUE DATE.

That’s not to say he can’t handle a more serious tale, but just copy-pasting chunks of Scorsese’s TAXI DRIVER and THE KING OF COMEDY, complete with Robert De Niro cast as a late-night talk show host, and beautifully detailed art direction that sets the early 1980s scene, does not a psychological thriller make.

What makes this movie work is Joaquin Phoenix acting his but off in the central role as delusional stand-up wannabe, Rupert Pupkin-style loser, Arthur Fleck.

But no amount of top notch performance can distract you from noticing how uneasy the time setting feels, especially given the overload of modern day referencing, from the Anonymous and Occupy movements (here replacing Guy Fawkes masks with clown masks), viral media (which wasn’t even a thing in the 80s), and the injustices of the 1% over the rest of us poor schmucks.

Don’t even get me started on the wedged in Batman references, that serve not only to distract from JOKER as a truly stand-alone, experimental dip into the DC cinematic universe, but also suffers from memories of Chris Nolan’s first-class psycho-thriller, THE DARK KNIGHT, and its stunning portrayal of The Joker as a flip side of The Caped Crusader.

By no means a terrible film, but with a better script and more logically thought out setting, this visit to Gotham really should have earned its star turns from Phoenix and De Niro, and maybe even allowed for less generic, two-dimensional female characters, who serve (as Fleck’s mum and love interest) as little more than psychological tormentors. 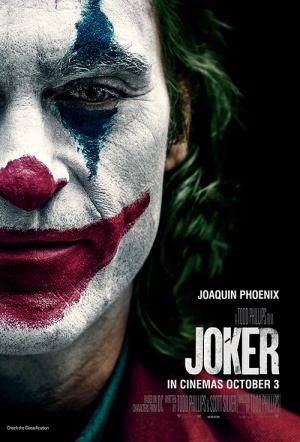