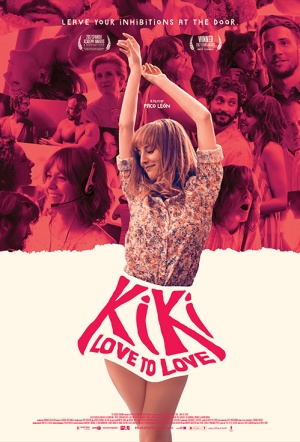 In five intertwined mini-romcoms, a scorching summer heatwave intensifies the very particular desires of a collection of Madrid lovers.

"Paco (director León) and Ana ... work on reigniting their passion by visiting bondage parties and furry nightclubs – and find themselves igniting unexpected passions in others. Natalia, meanwhile, discovers after getting mugged that she has a case of harpaxophilia, helpfully explained on-screen as “sexual arousal being produced by being robbed with violence,” while José learns he has somnophilia, sexual pleasure caused by watching someone sleep. If you caught a whiff of the non-consensual in any of this, it may or may not encourage you to learn that in this film’s sunny view of gratification, nobody ends up feeling used." (New Zealand International Film Festival)

If Pedro Almodovar were starting out now, his films wouldn't look so different from Paco Leon's.

If Pedro Almodovar were starting out now, his films wouldn't look so different from Paco Leon's.