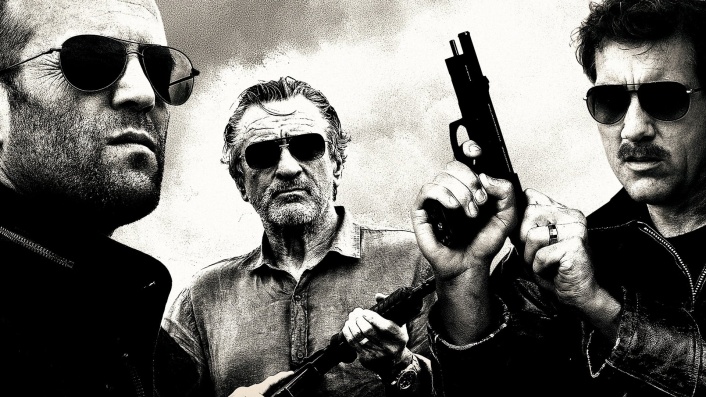 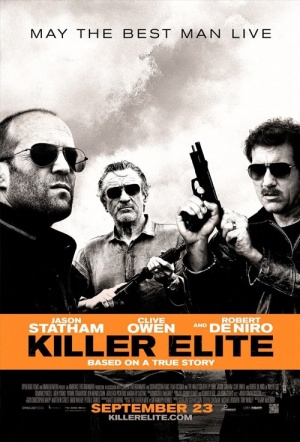 Action-thriller about an Elite Special Air Service agent, Jason Statham, who is brought out of retirement to rescue his former mentor, Robert De Niro, captured by a covert group of three ex-SAS assassins, led by Clive Owen. Based on the novel The Feather Men by Sir Ranulph Fiennes which was controversially claimed to be based on true events. More

"Pits two of the world's most elite operatives - Danny, an ex-special ops agent (Statham) and Hunter, his longtime mentor (De Niro) - against the cunning leader of a secret military society (Owen). Covering the globe from Australia to Paris, London and the Middle East, Danny and Hunter are plunged into a highly dangerous game of cat and mouse - where the predators become the prey." (Official Synopsis)

A macho, adrenaline-fix suspenser that plays like the bigscreen equivalent of those pulpy spy novels that once clogged grocery-store checkouts.

Robust, does the job, but unrefined.

The surface is glossy, the body count high, and the events opaque and often risible.

Jason Statham is matched with Robert de Niro and Clive Owen in this headcracking hitman yarn, but it's a bit overcomplicated for its own good.

I had a reasonably good time, on the whole...

The fun of Killer Elite, such as it is, is all in the hardass action. But there's nothing elite about this disposable time-killer.

This is actually a pretty good thriller, based more on character and plot than on action for its own sake.

A snarly Euro-thriller with crust under its fingernails and bad breath. It doesn't care if you like it, which is why I kind of do.

Efficient, overly formulaic action piece could have been more distinctive but delivers the goods for solid international returns.

The glossy topcoat provided by the paycheck participation of De Niro and Owen can't cover up the essential emptiness of the project.

A few good stunts, some tolerable brooding and one nice, if silly desert chase. But not essential.

Less a cerebral thriller than an underachieving time-waster with feeble pretensions.

Killer Elite is available to stream in New Zealand now on Google Play and Apple TV.