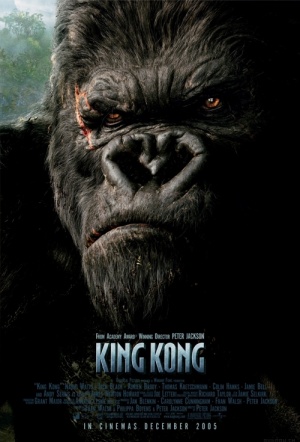 New York, 1930s. A group of filmmakers and explorers (led Black) travel to Skull Island to investigate legends of a giant, 25 foot tall, rilla named Kong. There they find the tales to be true: the jungle is a time capsule, protected and hidden for millions of years through it's isolation. Using a beautiful actress (Watts) as bait, they lure Kong and slap his ass with a one way ticket to a freak show back in the city. But we all know you can't keep a giant ape in a cage for long.

Here is the jaw-dropping, eye-popping, heart-stopping movie epic we've been waiting for all year...

Surprisingly involving and rather beautiful movie...

Reminds you just how big movies can be and still be beautiful... a brazenly exciting three hours...

Kong does boast some flab around the middle but by the final reel there?s little doubt that what could have been Jackson's folly is a triumph...