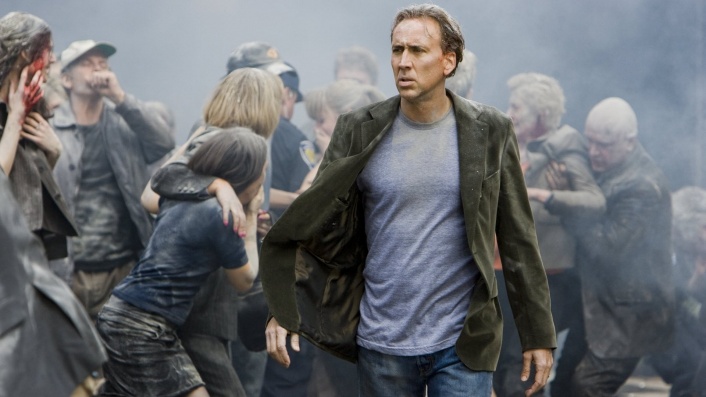 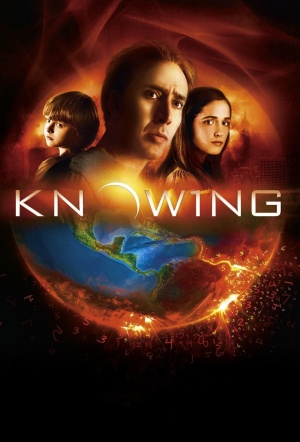 Nicholas Cage plays professor Ted Myles, who discovers a coded set of numbers in a time capsule dug up at his son's primary school. Ted works out that the code predicts the dates, death tolls and coordinates of every major disaster of the past fifty years. It includes the foretelling of three additional events, the last of which hints at destruction on a global scale. Ted's attempt to alert the authorities falls on deaf ears, so he takes it upon himself to try and prevent the disasters.

Nicholas Cage plays a slightly mad, agnostic, alcoholic single dad. All three conditions are the result of his wife’s untimely demise. His philosophical battle between science and faith is the cause of his constant furrowed brow and his path to redemption involves becoming a believer.

Genre fans always looking for something new and awesome may feel like they've seen most of this before, but the conceptual and emotional strength of Summit's Nicolas Cage starrer largely carries the day.

In truth, however, Knowing has a far more insidious agenda: to convince non-believers like Cage, an embittered, alcoholic atheist since his wife’s death, there is intelligent design in the universe.

The draggy, lurching two hours of Knowing will make you long for the end of the world, even as you worry that there will not be time for all your questions to be answered.

Knowing is among the best science-fiction films I've seen -- frightening, suspenseful, intelligent and, when it needs to be, rather awesome.

The fact I was in near hysterics as the credits rolled was not a good sign, given this film is meant to be an end-of-the-world disaster movie, not a comedy.

Whatever else Proyas has done in Knowing, he has created an ending that is sure to divide audiences into camps of love it or hate it, deeming its message either hopeful or hopelessly heavy-handed. For me, it doesn't quite work; still I'm glad he took the risk.

Director Alex Proyas resolutely thinks in B-movie terms. Even with an A-list budget, he oversells every plot point and gooses the thrills with hokey lighting, bombastic music and serious overacting.

Director Alex Proyas resolutely thinks in B-movie terms. Even with an A-list budget, he oversells every plot point and gooses the thrills with hokey lighting, bombastic music and serious overacting.

You’re better off not knowing.

It might all fall to bits during the deliriously overproduced finale, but the ride there is actually worth taking. Mark it down under "pleasant surprises" and have a look if there are no tickets left for Star Trek.