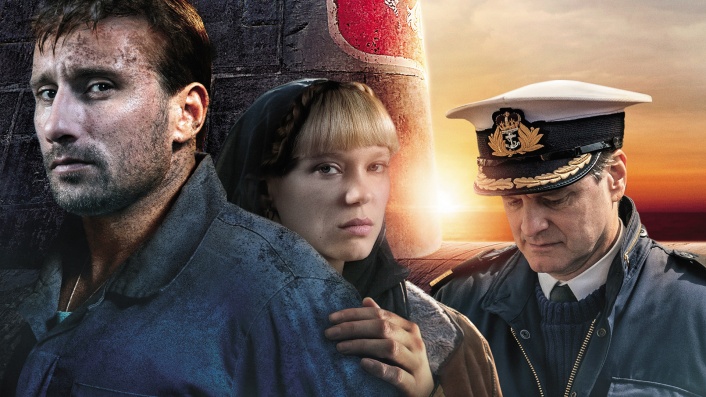 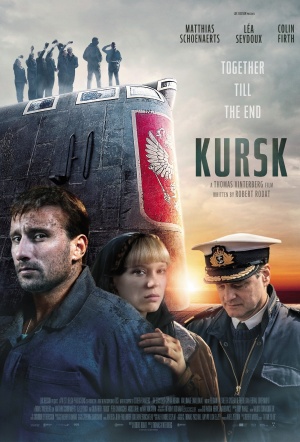 Matthias Schoenaerts (Rust and Bone), Léa Seydoux (Spectre) and Colin Firth star in this political thriller based on the 2000 K-141 Kursk submarine disaster. From the director of Oscar-nominated 2012 drama The Hunt.

"Only the best men the Russian navy has to offer are allowed to participate in the K-141 Kursk submarine practice mission. Despite temporary separation from his pregnant wife, Tanya (Seydoux), and his child, Naval Officer Mikhail Kalekov (Schoenaerts) takes on the honourable role of Captain, and sets sail in August 2000 together with a crew of almost 120 men. When the nuclear-powered submarine begins to sink to the bottom of the ocean after two sudden explosions, a race against time begins for the surviving crew, which includes Kalekov. While the Russian government claims to have the situation under control, the seafarers' families are calling for an international rescue operation." (Zurich Film Festival)

[T]his is a punchy and poignant piece of film-making from Vinterberg.

As a film, Kursk could have wound up much worse, though it has uneven visual effects and goes in for some frankly puzzling decisions, such as a bizarre switch-up in aspect ratios when the sub gets underway.

"Kursk" occasionally lands an emotive blow but only in its more fictionalised stretches, while it pulls its punches with the thorniest and most provocative elements of the real story...

It's a heartbreaking, troubling film about men whose lives were cruelly deprioritised and whose families remain ever altered as a result.

Stoic endurance doesn't always make for excitement, and cramped interiors tend to constrain chances for great visuals. After the first hour, the film begins to take on water, too.

Does put a more realist slant on proceedings. But the clunky dialogue, clichéd relationships and characterisation of every character undermine all these efforts.