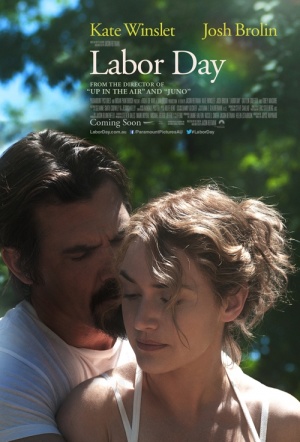 Drama from writer/director Jason Reitman (Up in the Air). An agoraphobic single mum (Kate Winslet) shelters an escaped convict (Josh Brolin) and slowly falls for him over the course of one very eventful Labor Day weekend. Adapted from the novel by Joyce Maynard.

While shopping with his mother Adele (Winslet), 13-year-old Henry encounters a bloody, dishevelled man (Brolin) who makes them take him back to their rural home. He turns out to be Frank Chambers, a convict who has escaped from jail and is doing his best to also move on from a tragic past. Despite their relationship's unorthodox beginnings, while this fugitive hides out at Adele's home the pair fall in love and begin making plans to leave the country - but the attentions of neighbours and local police may make this more difficult than hoped.

Taking a hard left into total straight-faced drama, filmmaker Jason Reitman (Young Adult, Up in the Air) puts Kate Winslet and Josh Brolin in this Stockholm syndrome romance that treads uncomfortably close to last year’s Safe Haven. Through her trembling demeanour and frightened antelope-like glances, Winslet excels in portraying the years of stress that have depleted her agoraphobic character’s agency and Brolin is also consistently solid as her “captor” and love interest.

“Labor Day” brims with such carefully observed details, all of them a little too elegant to feel entirely genuine, and yet impossible to fault.

Led by first-rate work from Winslet and Brolin, Labor Day is a skilful, old-fashioned drama from a maturing director. Cynics, however, need not apply.

The film will do until "Fifty Shades of Grey" turns up. The more you think about Labor Day, the more calculating it gets.

Jason Reitman's fifth film is a marked departure for the director that serves up juicy roles for Kate Winslet and Josh Brolin.

Reitman has placed a not-unreasonable bet that sensual creatures like Winslet and Brolin can convey the passion necessary for their relationship to make sense, but the film carries itself too stiffly, like it’s so afraid of making the wrong choices that it doesn’t make any good ones.

Nuanced, superbly acted love story with a most unusual genesis.

A tender, nostalgic and warm ‘family’ drama which also quietly seethes with the threat and tension of imminent danger.

Clip: Came to save you