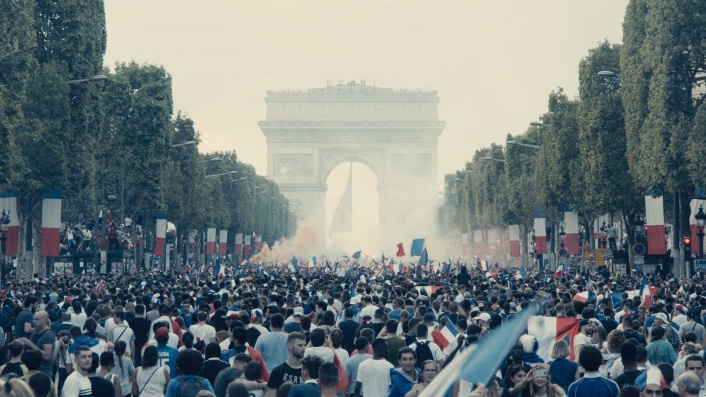 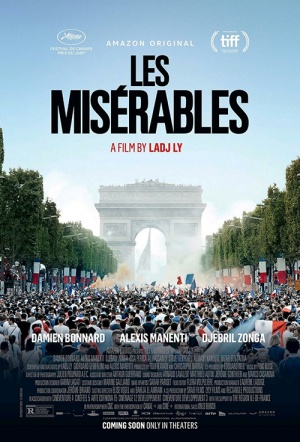 A drone captures an arrest gone wrong in this Cannes Jury Prize-winning French drama partly inspired by the civil unrest in Paris in 2005.

"Stephane, only just arrived from Cherbourg, joins the anti-criminality brigade of Montfermeil in a sensitive district of the Paris suburbs. Paired up with Chris and Gwada whose methods are sometimes 'special' he rapidly discovers the tensions between the various neighbourhood groups. When an arrest starts to get out of hand, a drone is filming every move they make." (Cannes Film Festival)

There is an insight, compassion and generosity of spirit here that most films saddled with the "gritty, urban thriller" tag never even aspire to. That Ly is capable of this maturity and confidence on debut is astonishing.

It's a vivid dissection of modern-day France's social ills that's juiced up with smart acting, tense standoffs and a nagging sense of despair.

For all its familiarity, Ly's film is executed with enormous confidence and energy, building up to an apocalyptic ending that delivers on a gradual build-up of nervous tension.

A gritty and fiery urban thriller underscored by scathing social commentary on the current state of the Paris suburbs, depicted here as a powder keg ready to pop.

[A] crackling police thriller partly inspired by the civil unrest that swept through Paris in 2005.

Though Chris' crass dialogue feels a little too scripted at times, and some of the real-life details about life in Montfermeil are clumsily introduced, the film largely succeeds in making us understand the dynamic of this place.