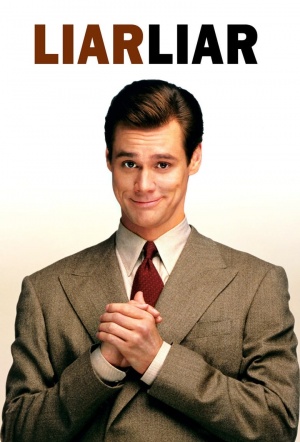 Peak Jim Carrey leads this '90s comedy as a lawyer who, under the magical power of his son's birthday wish, is unable to lie for 24 hours. With a high profile court case coming up, it proves to be an extremely difficult day for the fast-talking, truth-bending attorney. To make matters worse, he's at risk of losing custody of his child if he doesn't show his competency as a father.

It's a magnificent comic experience.

I am gradually developing a suspicion, or perhaps it is a fear, that Jim Carrey is growing on me. Am I becoming a fan?