Blue Valentine and The Graduate just made a baby

With all the big hype Oscar flicks that were released around the same time, I didn't pay a lot of attention to this film besides the fact that Jennifer Lawrence and Anton Yelchin were in it and that was enough in itself to make me check it out. Turned out for the best as I tend to get the most out of a good film I go into with no expectations.

First off, Felicity Jones. I knew Lawrence wasn't going to play the female lead going into this but was hoping she'd at least get a good 20/30 mins screen time. After the first ten minutes, I forgot Lawrence was even going to be in it. Jones is all over this movie in every impacting way. She portrays every emotion with unreal sensitivity and realism. Yelchin too is strong along side her and the two's up and down chemistry is the best I've seen in a long time. The film is only 90 mins and the story carries strong throughout, keeping you guessing as to the outcome of the relationship and finishes with a killer ending.

Like Crazy will break your heart three times and leave you hurting by the time the credits role. The best romance flick to come in a long time and one that I'm sure will be overlooked by many. If Blue Valentine jumped in a DeLorean and fooled around with The Graduate, Like Crazy would be their love child. 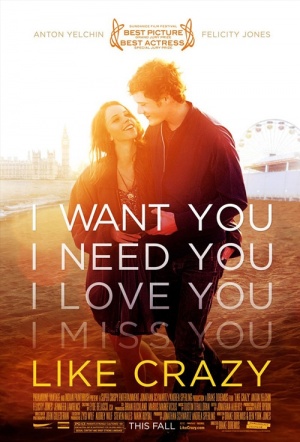 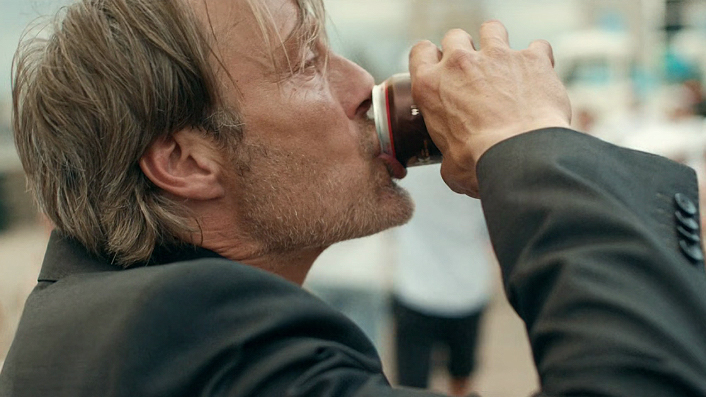