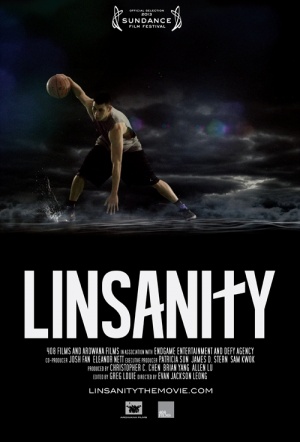 Documentary biopic on Chinese-American basketballer Jeremy Lin, from his obscure beginnings to his sudden rise at the New York Knicks where he scored more points in his first five NBA starts than any other player in the modern era, and created a public frenzy in the process.

“In February 2012, an entire nation of basketball fans unexpectedly went 'Linsane'. Stuck in the mire of a disappointing season, the New York Knicks did what no other NBA team had thought about doing—they gave backup point guard Jeremy Lin an opportunity to prove himself... Prior to his now-legendary run, Lin had faced adversity in his career at every turn. He wasn’t offered a scholarship by any major university, nor was he drafted by any NBA team after a standout collegiate career at Harvard.” (Sundance Film Festival)

Its strong but wholly appropriate Christian overtones may alienate some fans, but this is rousing fare.

While it's a shame Leong couldn't find a fresher approach to Lin's story...he does well in setting the stakes.