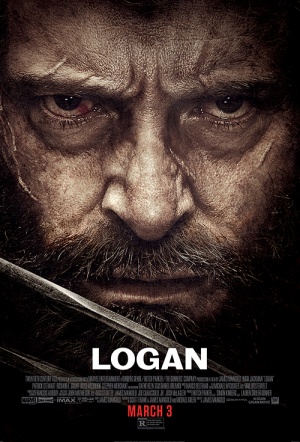 Hugh Jackman, Patrick Stewart and James Mangold (director of 2013's The Wolverine) are back for the third Wolverine, featuring an older, more broken, Logan than we've seen to date.

In the near future, a weary Logan cares for an ailing Professor X in a hide-out on the Mexican border. But Logan's attempts to hide from the world and his legacy are up-ended when a young mutant arrives, being pursued by dark forces.

In an era when super-heroics dominate the multiplex, Logan manages to offer something unique. For a start, Hugh Jackman and Patrick Stewart have been playing these characters for 17 years now, bringing with them the full weight of that history.

The analog pace and elemental story work for it. Each time the violence explodes, it's slashingly satisfying, because it's earned, and also because Mangold knows just how to stage it.

Full of juicy surprises. But what impresses most is how, for once, this is a comic-book film that has the guts to wrap things up.

Jackman clearly adores the character, and he embraces the chance to essentially reinvent the mutton-chopped slayer for one final hurrah. It's strange to think that this might stand as one of his greatest performances, but so it goes.

Seamlessly melding Marvel mythology with Western mythology, James Mangold has crafted an affectingly stripped-down standalone feature, one that draws its strength from Hugh Jackman's nuanced turn as a reluctant, all but dissipated hero.

Not just a great superhero film, it's a great film, period.

When it comes to playing a properly magnetic anti-hero with a gruff '70s-cinema exterior and a dark reservoir of inner depth, Jackman really is the best at what he does.