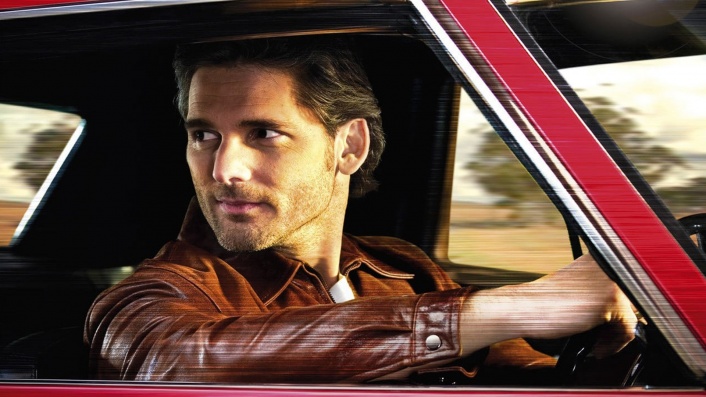 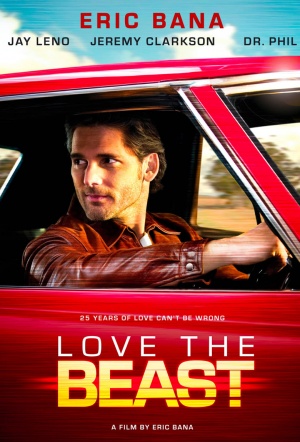 Filmed over two years, we follow Bana as he and some friends enter 'The Beast' in the grueling Targa Tasmania Rally. But tragedy strikes, and the man hell bent on conveying how much he loved his car had just destroyed it. From inside the race car to the surreal world of the red carpet, Eric faces this drama and seeks out guidance from personalities such as Jeremy Clarkson (Top Gear), Jay Leno and Dr Phil.

The documentary follows the history of the car and its various incarnations, and we follow Eric as he talks to a disdainful Jeremy Clarkson (always good copy) who points out how it's quite normal to have an emotional relationship with a car, and the contempo guru on life, Dr Phil. I could have done without Dr Phil.

Even if you're only vaguely aware of the comedian-turned-Hollywood-star and think of the automotive industry as nothing more than purveyors of transportation, Love The Beast has the mellow glow of affectionate nostalgia for the kind of solid construction and steadfast mateship increasingly hard to come by in these prefab times.

Despite being a vanity vehicle, care of Bana, it has plenty of high-horsepower charm to go with it. Top Gearheads should love it.