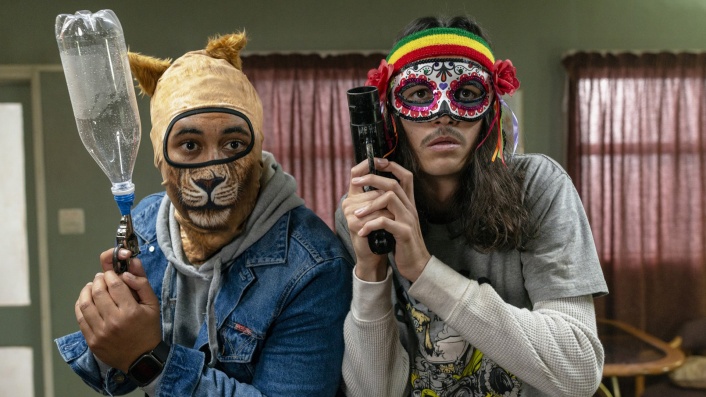 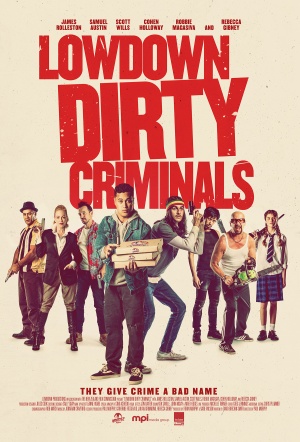 James Rolleston (Breaker Upperers) stars in this Kiwi crime comedy about two down-on-their-luck mates whose decision to commit one small felony spirals out of control. From the director of Second Hand Wedding.

When Freddy (Rolleston) loses his job, he and his best buddy Marvin (Samuel Austin) naively conclude a life of crime may lead them to the wealth and standing they desire. But when they mess up their first job, a sequence of events snowball out of control, leading them to their most intimidating enemy yet, The Upholsterer (Rebecca Gibney). The ensuing chaos caused by her two henchmen Semo (Robbie Magasiva) and Roy (Cohen Holloway) on their hunt to find the boys forces them to reconsider their careers as criminals.

The performances are terrific across the board.

We've seen this kind of film and this kind of story done many times before and done a lot better. But with the genuine Kiwi-ness of the comedy and the characters and the dumb things that happen to them, it still manages to deliver some pretty funny moments.

Murphy lets his actors go big, nailing their schtick to the scenery, rather than allowing us to find the mirth ourselves. Even broad comedy requires a light touch, a sense that things are happening spontaneously. This one feels like the first rehearsal of a script that wasn't ready.

If you’re simply after a slice of action and a good laugh, then Lowdown Dirty Criminals could be just the evening’s entertainment you’re looking for.