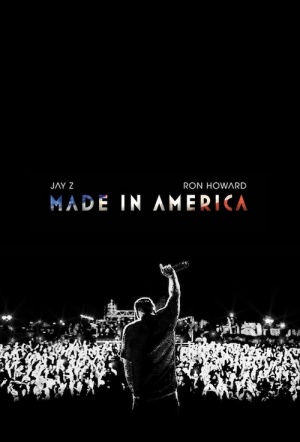 "As seen through Howard's affectionate gaze, Made in America is a love letter not only to Jay Z and his unique project, but also to the city of Philadelphia. Interludes include one-on-ones with audience members about what the show means to the Philly community - the responses are both positive and negative. Howard explores the birthplace of American Independence and how it relates to this unprecedented event. He even takes some time to follow a local hip-hop group through its attempt to get added to the prestigious bill." (Toronto Film Festival)

An ambitiously multifaceted documentary... less than fully satisfying as a conventional performance cavalcade, but sustains considerable interest as a behind-the-scenes overview of a musically and culturally diverse event.