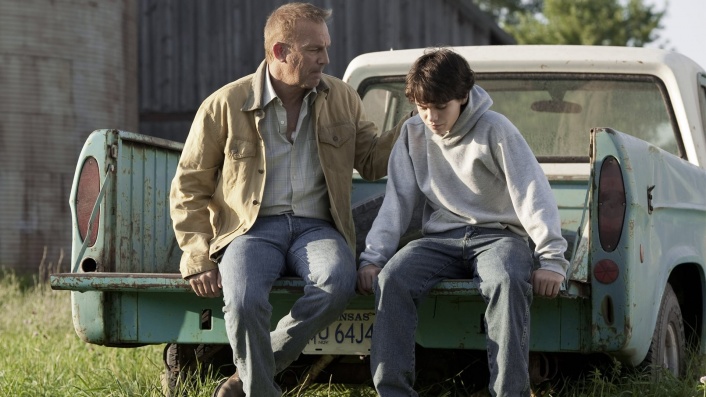 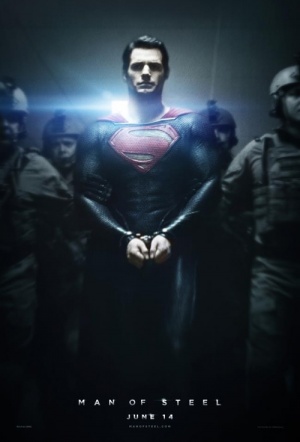 Superman gets a cinematic reboot, directed by Zack Snyder (Watchmen) and "godfathered" by Christopher Nolan (The Dark Knight). Henry Cavill (TV's The Tudors) is Clark Kent, unsure of his purpose on our planet or the extent of his powers - notions that will both be tested by the arrival of a fellow Kryptonian, the maniacal General Zod (Michael Shannon). This is the fifth Superman film after the Christopher Reeve tetralogy and Bryan Singer's Superman Returns. More

With Krypton on the brink of a cataclysmic end, Jor-El (Russell Crowe) has taken steps to ensure the survival of his son Kal-El. As their planet teeters on the edge of total destruction, General Zod attempts an unsuccessful coup, during which Jor-El is killed - although he manages to send his son to Earth. Sentenced to the Phantom Zone, Zod and his cohorts survive Krypton's demise.

The adult Kent, having been raised by Ma and Pa (Kevin Costner and Diane Lane) moves from job to job, concealing his powers but drawn to helping people in need. When he discovers an alien spacecraft in the Arctic - where he first encounters reporter Lois Lane (Amy Adams) - Kent discovers his origins. This hastens Zod's arrival on Earth and with the future of Earth at stake, Clark must attempt to repel an attack by Krypton's finest general.

It is ceaselessly fascinating how the specifics of the decades-long battle between comic book giants Marvel and DC are continually reflected in their respective film adaptations. While Marvel have had great success in both comics and movies by exploring the human, relatable side of their heroes, they could never quite achieve the culture-dominating status of DC’s best-known characters: Batman and Superman. Superman’s grand, mythic nature is both his greatest strength as a character and his fatal weakness. Man of Steel can’t quite overcome this, but it’s a heck of a lot of fun watching it try.

Gloomy, with little of the genuine wonderment the very name “Superman” calls to mind... less would almost surely have been more.

A bracing attempt to bring the legend back into contention that successfully separates itself from other Super-movies but misses some of their warmth and charm.

Everything [is] almost lost in the last 45 minutes, when Mr. Snyder piles on the hammering special effects, becoming yet one more director gone disappointingly amok.

This is a great, big, meaty, chewy superhero adventure, which broadly does what it sets out to do, though at excessive length.

This film is pulled in different directions, delivering satisfactions without managing to be completely satisfying.

There’s big, and then there’s this Superman. Although it does go over the top toward the end... mostly plays it smart by mixing its action deck-of-cards style.

It aches for more depth and warmth and humour, but this is spectacular sci-fi — huge, operatic, melodramatic, impressive. It feels the right Superman origin story for our era, and teases what would be a welcome new superfranchise.

More space opera than superhero movie… by effectively denying Superman his defining traits—his complex relationships to duty and humanity—the movie robs the character of any depth or agency.

Fate of Your Planet Trailer

Man of Steel is available to stream in New Zealand now on Google Play and Apple TV and Neon Rentals and Academy On Demand.