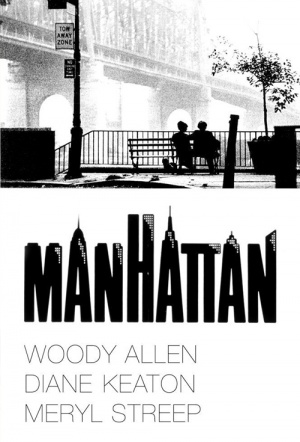 Woody Allen's quintessential comedy-drama. Isaac (Allen) is an erratic, perpetually dissatisfied New Yorker who quits his gig writing for TV with dreams of composing a 'great' novel. His love life is a mess: he is tormented by his second ex-wife Jill (Meryl Streep) - a lesbian who has written a tell-all book about their marriage - and is dating teenager Tracy (Mariel Hemingway). Meanwhile, he begins to fall for his best friend's mistress - the cerebral Mary (Diane Keaton). Against the backdrop of a gorgeously photographed, black and white Manhattan and the music of George Gershwin, Isaac struggles with his unemployment, fear of commitment and deep neurosis.