From the oscar-winning author/animator of HARVEY KRUMPET comes a delightful adaptation of a true story. The delightful childish optimism and growing intellect of Mary clahses in a hilarious way with the flat, matter-of-fact to the point of rude Max ( Hoffman in rare form ) and their relationship and correspondence is heartwarming without being cloying and oversweet, and realistic wghhile being madcap hilarious at the same time. Eric Bana scores for his short and perfectly played role as Mary's love interest ( Which is pretty much telegraphed to the audience as doomed, but that's part of the humour ) an dthe absolutely brillinatly paced narration by Barry Humphries sets the whole story off perfectly.

For a non-CGI animation, the film is also packed with amusing little background details that will have you laughing between the frequently arriving humour in the main story. The light touch of humour even extends to several sad and tragic moments, like an ordinarily rather disturbing suicide scene and numerous natural deaths that actually have people laughing with genuine humour not the typical art-house schadenfruede - Life, this movie asserts, is always humourous even in our worst moments even without the view from long after.

While not a suitable film for very young children, I can see that young teens might just get a very good picture of life form this film - as well as some great laughs at their younger selves in young Mary, and the vagaries of the adult world. And I challenge anyone not to laugh at possibly the worst use of Doris Day's "Que ser sera" in motion picture history. Go see it :)
0 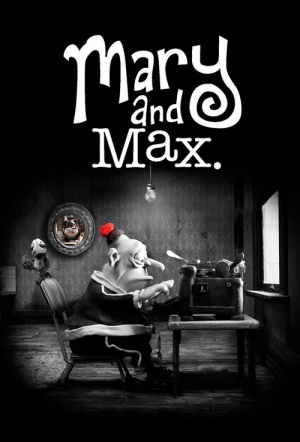