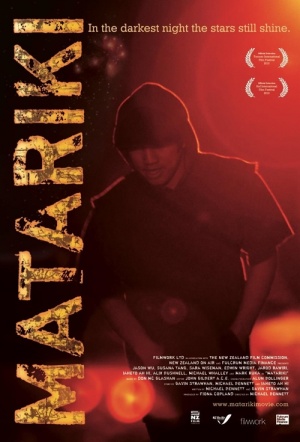 It’s the Maori New Year, Matariki – a time for new beginnings – when the lives of eight people are affected by one random act of violence. Aleki, a master car thief, crosses paths with rebellious teenage girl, Spit. Rugby league star Tama saves the life of desperate Gunge – an act of heroism that brings tragedy to his own family. Rick, Tama’s brother, learns to stand up for himself and Megan, Tama’s wife, comes to accept the love that surrounds her; while Lisa, pregnant and wishing on angels, finds a real angel in Tyrone, a big-hearted man who sells Matariki icons in the weekend markets.