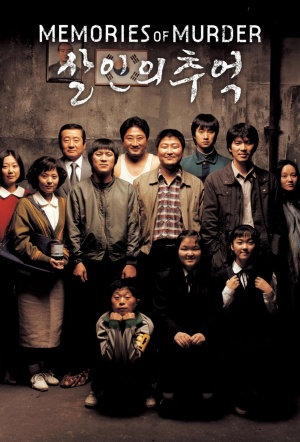 Set in mid-1980s South Korea, two ill-equipped detectives are pitted against the country's first serial killer in this crime thriller based on true events.

Establishes Bong as a helmer with a distinct vision of his own, supported by a strong cast that's totally at one with the material.

A superior drama that gives a familiar genre a refreshing new twist.

Memories of Murder is such a taut, effective thriller it's a shame you have to read subtitles to gauge just how good a movie it is.

Shifting the focus away from the crimes and onto the desperate measures to detect them, this is a compelling mix of docu-dramatic realism and stylised character study.