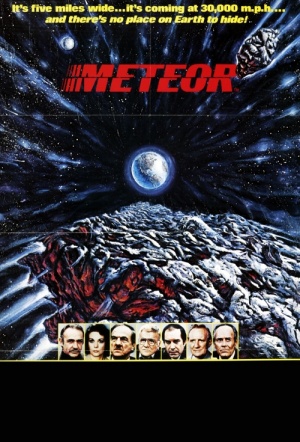 Ronald Neame, director of The Poseidon Adventure, helms this disaster movie with Sean Connery as Dr. Paul Bradley, the creator of a nuclear missile platform satellite - the one thing that can stop a massive space rock from destroying all life on Earth. Co-stars Natalie Wood, Martain Landau and Henry Fonda.

Codenamed 'Orpheus', the 8 km-wide meteor can only be shot down with the weapons on-board Bradley's satellite which was originally pointed at the Russians. However, the U.S. do not have the firepower to take Orpheus out, forcing them to enter hostile negotiations with the U.S.S.R. in an attempt to combine their arsenal.