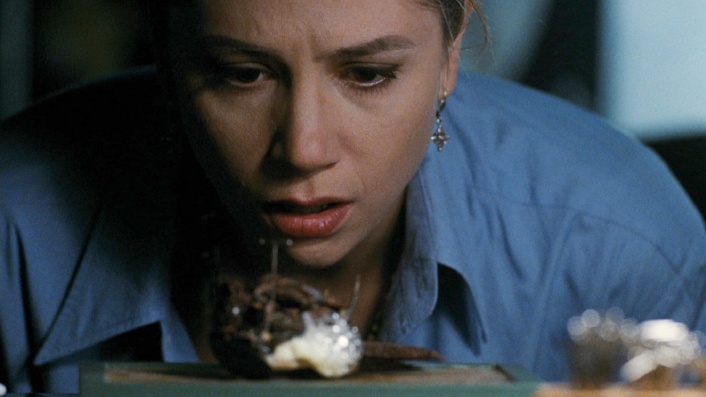 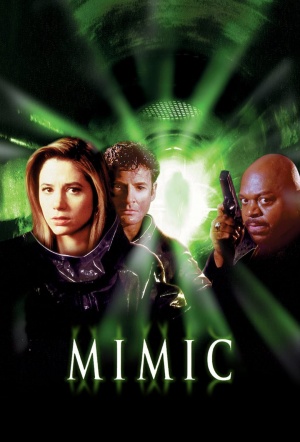 1997 sci-fi horror from Oscar-winning director Guillermo del Toro (The Shape of Water), starring fellow Academy Award winner Mira Sorvino (Mighty Aphrodite) as an entomologist who creates a mutant breed of insects to fight off disease-carrying cockroaches. Intended to die off after one generation, her creatures evolve years later into grotesque monsters that can mimic human form.

A dark, dank and drippy sci-fi shocker that threatens to become something unusual before trailing off into ridiculousness.

But Mimic is superior to most of its cousins, and has been stylishly directed by Guillermo Del Toro, whose visual sense adds a certain texture that makes everything scarier and more effective.