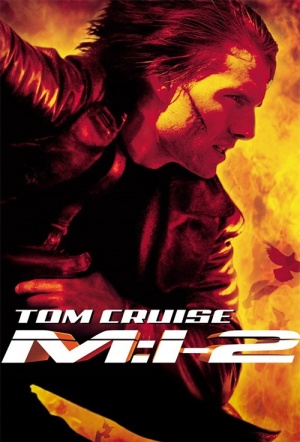 With computer genius Luther Stickell (Ving Rhames) at his side and a beautiful thief on his mind, agent Ethan Hunt races across Australia and Spain to stop a former IMF agent from unleashing a genetically engineered biological weapon called Chimera. This mission plunges him into the centre of an international crisis of terrifying magnitude.

Woo lays on his own particular high-octane stylishness so thick the results edge perilously toward self-parody.

If Mr. Cruise peeled off his face and turned out to have been Chow Yun Fat all along, the picture might be saved.

If the first movie was entertaining as sound, fury and movement, this one is more evolved, more confident, more sure-footed in the way it marries minimal character development to seamless action.

Check your brains at the popcorn stand and hang on for a spectacular ride.

Once Woo unleashes his bad self and ignites the proceedings here, once the glass shatters, the flames erupt, the gunshots ricochet and the doves fly, all is well with M:I-2.