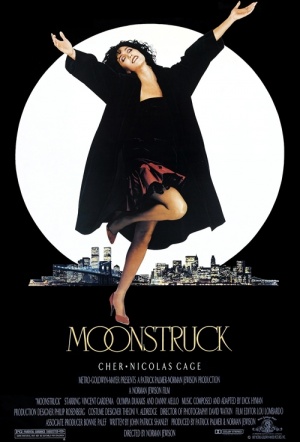 Romantic comedy from director Norman Jewison (Fiddler on the Roof) with Cher, Nicolas Cage and Olympia Dukakis. Cher is Loretta, a book keeper from Brooklyn who finds herself in a difficult situation when she falls for the brother (Cage) of the man she agreed to marry (the best friend of her late husband who died seven years previously).

Director:
Norman Jewison ('The Hurricane', 'Fiddler on the Roof', 'In the Heat of the Night')
Cast:
CherNicolas CageOlympia DukakisDanny AielloVincent Gardenia