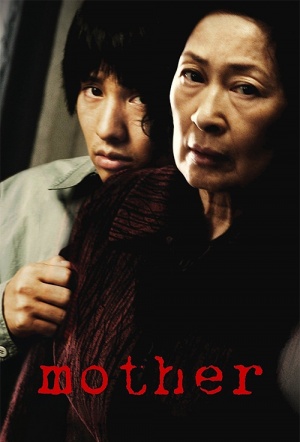 Is any director in the world currently coming up with more surprises than Bong Joon-Ho? After The Host, this looks like a return to the police-procedural world of Memories of Murder - but appearances are deceptive. Mother is, again, one of a kind.

Quack herbalist and acupuncturist Hye-Ja (veteran actress Kim Hye-Ja, rising to the challenge of the role of her career) lives for her son Do-Joon (Won Bin), a 27-year-old with the mind of a child. When a sexually precocious girl is murdered and her body left on the roof of a derelict building, evidence found at the scene incriminates Do-Joon. Desperate to prove her son's innocence, Hye-Ja is patronised by the cops and flummoxed by a lazy and dissolute lawyer. Her suspicions light on Do-Joon's randy friend Jin-Tae, but he's the one who goads her into a proper investigation. "There are three possible motives for murder," he comments. "Money, passion and vengeance. Which could it be in this case?" The mystery isn't Holmesian, but it provides the vehicle for a startlingly original account of maternal feelings in all their terrifying intensity. As usual, Bong's style is luscious and his tone is blackly comic. (Source: 53rd London Film Festival)