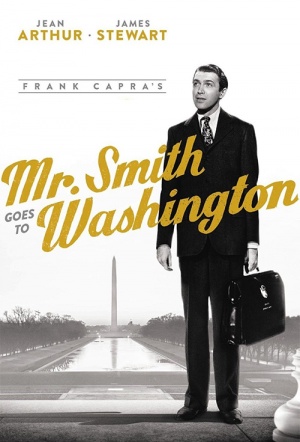 When the idealistic young Jefferson Smith (Stewart) winds up appointed to the United States Senate, he gains the mentorship of Senator Joseph Paine (Claude Rains). However, Paine isn't as noble as his reputation would indicate, and he becomes involved in a scheme to discredit Smith, who wants to build a boys' campsite where a more lucrative project could go. Determined to stand up against Paine and his corrupt peers, Smith takes his case to the Senate floor.

One of the finest and consistently interesting dramas of the season.

Quintessential Capra - popular wish-fulfilment served up with such fast-talking comic panache that you don't have time to question its cornball idealism.

Mr. Smith is one of the best shows of the year. More fun, even, than the Senate itself.

Demonstrating that the greatest political evil is indifference, this appeal to a world on the verge of war has lost none of its relevance 60 years on.