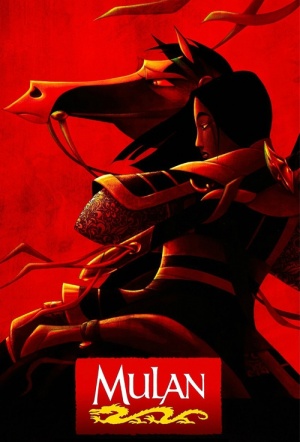 Disney's 1998 animated adventure (with musical and martial arts elements) set in China during the Han Dynasty and based on the legend of Hua Mulan. Mulan, a peasant girl, impersonates a man and takes her ailing father's place in the Imperial Chinese Army to battle the invading Huns. With help from wise-cracking dragon Mushu (voiced by Eddie Murphy) and other critter companions, Mulan fights to save her country. This is Disney's 36th animated film.