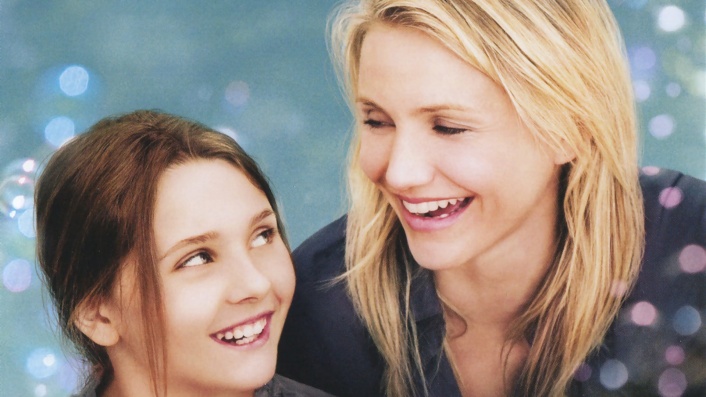 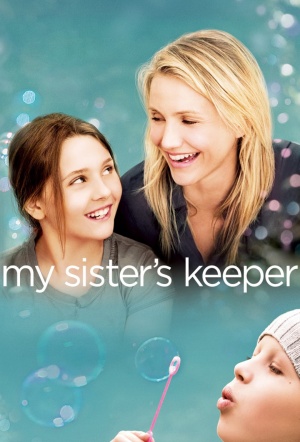 Based on the Jodi Picoult novel, My Sister's Keeper is a drama following Sara (Cameron Diaz) and Brian (Jason Patric) whose daughter, Kate, is diagnosed with leukaemia at the age of two. The only hope to keep Kate alive is to conceive another child, specifically intended to save her life. Their second daughter, Anna (Abigail Breslin), is genetically conceived as a bone marrow match for Kate.

Throughout their young lives, the united sisters endure medical procedures and hospital stays as Anna supplies transfusions for Kate. But the strained, close-knit family is rocked when Anna, now 11, says 'no'. She hires a lawyer (Alec Baldwin) and initiates a court case demanding the rights to use her body as she wants.

From the director and screenwriter of The Notebook.

Full of clunky voiceovers, corny music and maudlin montages, this manipulative yarn plays with issues of medical morality and parental duty only to discard them in favour of a manipulative paean to valuing life and accepting death.

My Sister’s Keeper takes on a very tough subject -- and has, in Anna and Kate, two pretty tough characters played by strong young actresses -- but ultimately it is too soft, too easy, and it dissolves like a tear-soaked tissue.

The movie never says so, but it's a practical parable about the debate between pro-choice and pro-life. If you're pro-life, you would require Anna to donate her kidney, although there is a chance she could die, and her sister doesn't have a good prognosis. If you're pro-choice, you would support Anna's lawsuit.

Lots of people love the angst-filled novels of Jodi Picoult and lots love a great weepy movie, so merging the two should be a success. Sadly, the insipid mess that is the filmed version of My Sister's Keeper does not deliver.

Life versus death debate is stifled by corny casting and washy songs.

There is always a fine line between moving and manipulation in telling heartbreaking stories, and it is here that Cassavetes largely fails us. Where restraint might have raised up My Sister's Keeper, a heavy hand has brought it down.

If you're going to make a weepy, there's no reason you can't make it with intelligence and insight as the makers of My Sister's Keeper have done.

It's quite an impressive feat to fail to move audiences with a premise like this but this manages it.