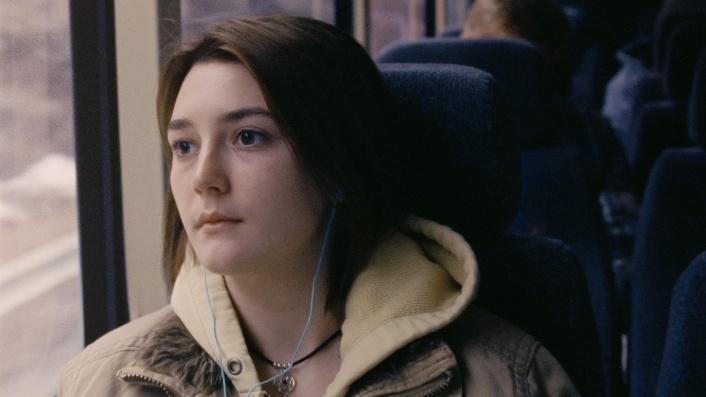 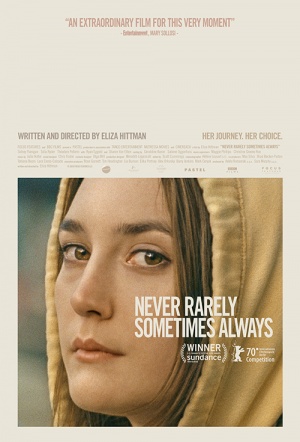 "Autumn (newcomer Sidney Flanigan), a stoic, quiet teenager, is a cashier in a rural Pennsylvania supermarket. Faced with an unintended pregnancy and without viable alternatives for termination in her home state, she and her cousin Skylar (Talia Ryder, also a newcomer) scrape up some cash, pack a suitcase, and board a bus to New York City. With only a clinic address in hand and nowhere to stay, the two girls bravely venture into the unfamiliar city." (Sundance Film Festival)

Never Rarely Sometimes Always demands of us that we keep quiet and actually pay attention to what is unfolding on the screen, but if we do, we will be rewarded with some absolutely beautiful storytelling.

There's a sense of dread which haunts the film as its teenage protagonists attempt to navigate the complex healthcare system while also dealing with predatory men. But there's not an ounce of melodrama to be found.

Here, a woman's right to self-determination has become the stuff of a new and radical heroic journey.

The film's spareness has lasting power - as Skylar and Autumn boarded the bus home, I realised I had been clenching my jaw the whole movie.

Never Rarely Sometimes Always isn't agitprop for an era of increasingly restricted abortion access, though it'd be entirely justified and effective in being so.

Hittman captures the feeling of what it's like to be adrift in one of the world's biggest cities, where the Port Authority Bus Terminal takes on the quality of a metropolitan purgatory.

Hittman's storytelling is seductively loose, impressionistic, but key episodes give shape to the girls' unsettling odyssey.

At once dreamlike and ruthlessly naturalistic, steadily composed yet shot through with roiling currents of anxiety, "Never Rarely Sometimes Always" is a quietly devastating gem.