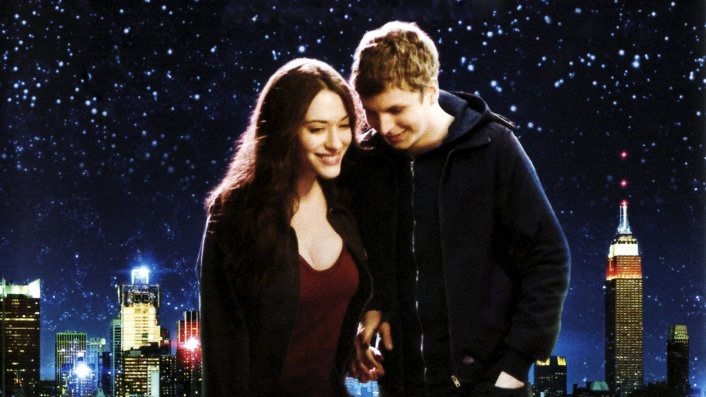 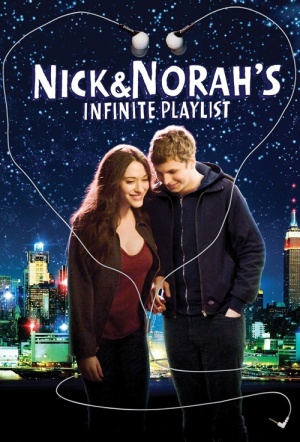 Playing only at SkyCity Queen Street in Auckland.

Michael Cera is getting bigger by the second. Not literally, of course, as his scrawny everyman quality is what endeared him to audiences in the first place. But after the genius TV show Arrested Development, then starring in films Superbad and Juno, his popularity has rocketing skyward. Here he plays Nick, a heartbroken young music lover who has just broken up with his girlfriend less than three days prior. When he sees her at a gig with a new guy, he turns to the girl next to him (Kat Dennings) and asks her to be his girlfriend for five minutes. So begins a night they’ll never forget. In a non-specific youth-centric way. From the director of Raising Victor Vargas.

This is the kind of sparsely plotted comedy that depends on compelling characters, but it stars two young actors defined by ironic detachment.

Tries to be the date movie for kids in skinny jeans and Cons. Thing is, it’s too safe for their cynicism and while Cera and Dennings are pitch-perfect, even at 90 minutes it feels like a stretch.

Regards its characters with affectionate detachment, and assures its audience that no great calamities or revelations are in store. Instead, there are a series of small crises and tiny epiphanies, all adding up to a story that courts triviality in its pursuit of charm.

Lacks some of the idiocy of your average teenage rom-com. But it doesn't bring much to the party. It sort of ambles along, with two nice people at the center of a human scavenger hunt. It's not much of a film, but it sort gets you halfway there, like a Yugo.

A feel-good teen comedy for all ages.

It is a teen romantic comedy that largely fits the familiar template but is also fleshed out with atmosphere, a nice blend of broad goofiness and sophistication, and two appealing leads who bring it to life.

The music’s great, if predictable, and the talented young cast give it their all. We just wish that Cera would try something new.