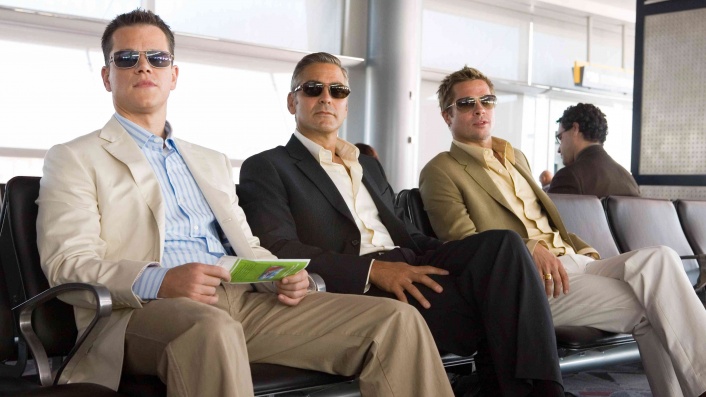 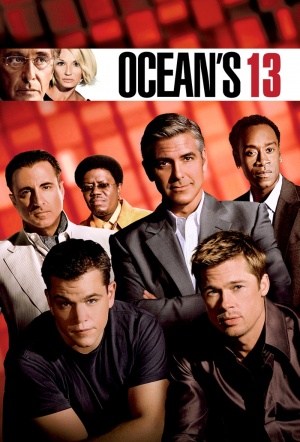 Not even those that made it liked Ocean’s 12. Matt Damon says "the tag line we’re trying to get them to use is "the sequel they should have made last time. The only reason Steven Soderbergh wants to do it is to make a movie that’s better than the first two". And Bernie Mac: "We really got away from the reality and that disappointed me. But this is the one Ocean’s 12 should have been." And as if to just show-off, Al Pacino joins the platinum gold cast.

The original 11 are back in Vegas. Their former nemesis Terry Benedict (Andy Garcia), having locked horns with badasssed mogul Willie Banks (Al Pacino), approaches Danny Ocean (George Clooney) for help in taking him down.

As smooth as a good mojito, as stylish as an Armani suit and as meaningful in the grand scheme of things as yesterday's Las Vegas betting odds, Ocean's Thirteen"continues the breezy good times of the first two series entries without missing a beat...

Perhaps as a result, though, even the unpredictable bits of Thirteen will take no one by surprise. But as I say, it's probably perfect entertainment for the Noughties...

The film just felt a little laboured, and more than a little tired...

An over-the-top celebrity cartoon of cool and a tilt-a-whirl of fun...

You can beat the house and you can break the bank, but sequels always get long odds on defeating the law of diminishing returns – yet Ocean's Thirteen just about pulls it off...

While the plot is a repeat of the original remake's template, there is enough good humour, clever gadgets, dodgy facial hair, smart suits and easy charm to leave most audiences with the feel-good factor missing from most of this year's blockbuster outings...

It's like Robin Hood retold with tuxedos - except the Merry Men remember not to take it all too seriously. Bingo, Thirteen is a lucky number...