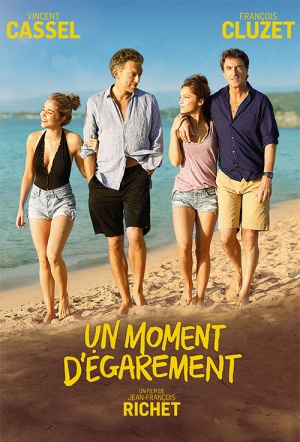 A 2015 French comedy-drama and remake of Claude Berri's namesake 1977 film. Co-written and directed by Jean-François Richet, the screenplay is about a Frenchman seduced by his friend's daughter while on holiday on the Riviera. Stars Vincent Cassel, Francois Cluzet, Alice Isaaz, Lola Le Lann.

Old friends Antoine (Cluzet) and Laurent (Cassel) spend their vacation in Corsica with their respective daughters: seventeen-year-old Louna (Le Lann) and eighteen-year-old Marie (Isaaz). One evening, Louna seduces Laurent. Louna falls in love, but for Laurent it is nothing more than a momentary distraction. Without revealing her lover's name, Louna confides in her father, who tries by any means to discover who his daughter's lover is.