a contrast to the wilderpeople

If you go to the Wilderpeople one week and then go to this movie you'll think about how you laughed through Ricky's cameo of doing bad stuff. Here we see young people doing similar bad stuff and it seems, well, really bad. Here a darker Ricky and his siblings are portrayed in grittier and, sometimes, more realistic environment.
Only sometimes though because some stuff in this movie jars. In particular the young protagonist delivers two major blows to the skull of an unfortunate homeowner who surprises them using his place. Arguably the first could have killed him or at least resulted in a sever concussion. There's a major credibility issue when he gets up and gets on with the plot.

I question the need for the level of violence required in the story. By the time the kids have gotten into the house and semi-trashed it we've lost a lot of sympathy for them. We don't need one of them nearly killing someone to do that. Often times too, the threat of violence works just as well as carrying it out.
This film uses a few tropes which make it seem like a first time writers attempt at a story. In particular the use of a guilt ridden father whose child has suicide. Its a lot to put on the audience (again) and makes him less of an everyman. His actions become too explainable. Me, I would perhaps have had him I a large house with everything alone because people have drifted off - wife with another man, kids overseas and barely in touch. Nobody needs him. I think we might have had more of a thriller plot as the audience tried to guess whether he'd turn the tables on his home invaders. Instead we just waited for the inevitable.
Its well cast, very well acted and set in a great place. It just could have been a little more sophisticated. Still, this was a harder film to make than Hunt for the Wilderpeople. Its harder to like because the people are not cameos, there are no laughs. I thought they got the ending just right.
0 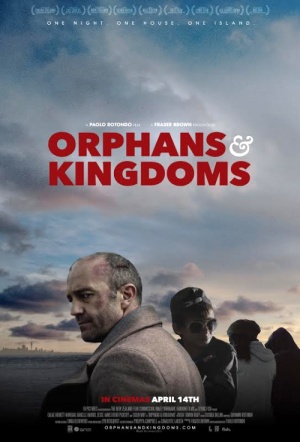